The Women’s Center opened in 1991. The same year Anita Hill’s testimony allowed so many other women to be brave in sharing their stories of sexual harassment. Thelma and Louise took to the big screen. The internet was also opened up to commercial use for the first time ever (which of course would become a hugely important space for feminist activism in years to come). Great social change for women, LGBTQ folks, and other underrepresented populations has happened over the past 25 years across the globe, in our nation, and on our very own campus. The Women’s Center is proud to be a part of the social change in advancing gender equity and social justice. We still have a long way to go and the work is never done, but in this special year, we’ll take a pause to look back on our achievements.

Over the next year, we’ll be celebrating both UMBC and the Women’s Center’s special milestones. As a lead up to UMBC’s 50th Anniversary Weekend events, the Women’s Center will be hosting a 25th Birthday Party on September 13th from 4-6pm. Please join us! 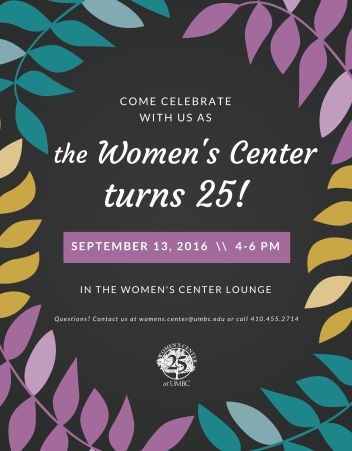 We’ll  be active on social media to help tell the story and importance of the Women’s Center over the past 25 years. We’ll also be working on two special blog feature to include a Then vs. Now series and Where Are They Now? series following former Women’s Center staff. Be sure to follow us on all of our social media platforms and join in on the fun by using #UMBCWC25 to share your own memories, stories, and photos of your time being a part of the Women’s Center at UMBC community. 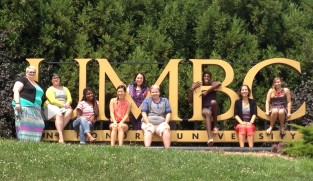 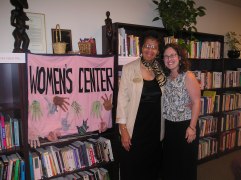 What pictures do you have of your time in the Women’s Center? Post them on social media using #UMBCWC25 #UMBC50