I really love queer media. I’ve probably watched most of the movies in the “Gay and Lesbian” category on Netflix, as long as they didn’t look too dull or exploitative. There are some really fantastic and challenging shows and movies available at the click of a button. Why am I so drawn to television shows with women kissing, to movies with actual trans actresses playing trans women? I know I’m not the only queer woman who revels in the opportunity to see a new lesbian drama. Why is this?

Well, it all boils down to one thing: The need for representation. The queer community is constantly portrayed by the media through stereotypes and tropes that are incredibly harmful and inconsistent with the realities of our queer lives. This article from the queer- woman’s website Autostraddle recently went viral – because it listed all 162 (and counting) dead lesbian and bisexual women killed on television and how they died.

The post circulated widely using the hashtag “bury your gays,” which was created after a beloved lesbian character from The 100 was killed off as a cheap plot device – a trope all too common in any media that portrays queer women. While I never really watched The 100, I understand what it feels like when a fan favorite lesbian meets an early demise.

I remember the first time I watched Buffy the Vampire Slayer all the way through. I had the complete series box set growing up and watched BtVS religiously. I was heartbroken when (spoiler) Tara, one of two lesbians on that show, was killed off. She was shot by a stray bullet, and none of the magic in a supernatural show about vampires was used to bring her back.

I had clung so hard to Willow and Tara’s relationship. I didn’t yet have the labels that I use today, but I knew that I liked girls. Tara, who I had identified with because she was shy and smart and kind of a dork. Tara, who kissed Willow and held her hand and called her “babe.”  She was killed, all as a plot device. It wouldn’t be the last time a character I loved, who also loved women, would be killed in a similar way.

Positive representation really does matter. When queer shows and films are done in more humanizing ways, they allow queer people who watch to see a reflection of themselves in beloved and complex characters. It’s incredibly validating to see someone like you given substance and meaning beyond hegemonic perception of what it means to be LGBTQ. I want to see more characters like Cosima from Orphan Black, characters who are integral to the plot of their show, have flaws, and are also LGBTQ.

Positive representation doesn’t stop there: There are so many intersecting identities that deserve more and better representation in media that are also commonly overlooked. People of color are rarely cast as anything other than “that one black friend” or “that perceived-as-white love interest.” The moment there are an array of dynamic characters of color on one show, it is labeled as “other” and often dismissed. When LGBTQ people of color do appear in media, writers are often careless when contending with the  multiple facets of their identities.

spoken by one of the few black gay men on television who isn’t a cliche, Captain Holt from Brooklyn 9-9

Often writers don’t come equipped with the ability to write complex queer characters of color – especially when they do not identify alongside their characters. Take the example of Orange Is the New Black. 90% of the writers for the Netflix show are white women, and they write for queer women of color characters. Because there isn’t enough diverse representation on staff, important aspects of identity are left out or altered, letting down major characters and long-time fans. Don’t get me started with how they let down a certain fan favorite this past season…

For a show with so many women of color characters, there sure are a lot of white people in the writers’ room.

Even with all of the negatives, there is still some very positive representation in queer media. Films like Mosquita Y Mari,  Boy Meets Girl and Tangerine are all beautiful movies written by and/or starring queer individuals that explore LGBTQ characters genuinely. TV shows like Steven Universe, Brooklyn 9-9, and Grey’s Anatomy are also really great examples of good writing for queer characters. None of these characters are perfect people, and I wouldn’t want them to be. They are just more human, more three-dimensional, more interesting to watch. 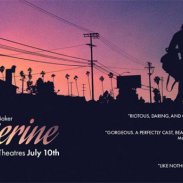 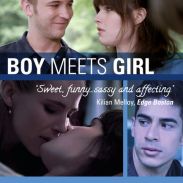 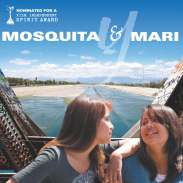 Queer people live just as interesting and complicated lives as everyone else. We deserve to see these lives reflected in the media that we consume. I can’t wait to see how media evolves further and allows for more varied storylines and characters. As viewers, we should continue to be critical of what is and isn’t portrayed on the screen. One day I hope mainstream media will be more inclusive through  authentic representations of queer characters. For now, I say you should go check out some of those titles I mentioned. Continue to demand more from your favorite shows, and don’t settle for tropes.

If you’re interested in checking out any of the movies mentioned here, the title of the films link to YouTube theatrical trailers!