April is Sexual Assault Awareness Month, and the Women’s Center is hosting its 5th consecutive Take Back The Night (TBTN) on Thursday, April 13th. Over the years, we’ve had a lot of questions about what Take Back the Night exactly is, why it looks the way it does, and how students can get involved. To help get those questions answered this year, we’ve doing a “What You Need to Know” series focused on TBTN so stay tuned for more posts over the next couple of weeks. This is the fourth post in the series and it focuses on the Take Back the Night’s partnership with Greek Week. 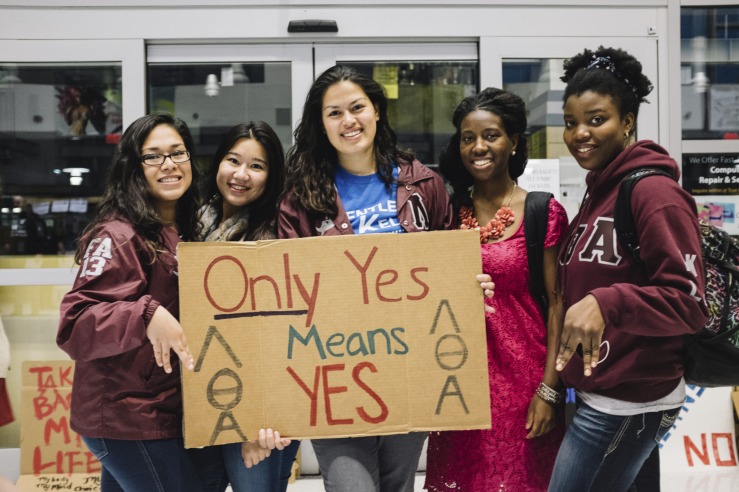 UMBC’s Fraternity & Sorority Community has been involved with Take Back the Night since 2013 when TBTN returned to campus.  We know there are some questions about that involvement, and we’re hoping we can answer them here.

I was on the Women’s Center Board when the conversation started about bringing TBTN back to UMBC, and I was really excited to be a part of the planning and figuring out what TBTN at UMBC could look like.

That spring when all of the chapters sat down to plan Greek Week, we realized that TBTN was in the middle of Greek Week.  I said that it was important to me that we not plan anything at the same time, so they could either have a Greek Week event earlier in the day or we could incorporate TBTN into Greek Week itself.  I explained what TBTN was, and the chapters decided that they wanted to actively support it.

For sorority members, TBTN is an important opportunity to support all of the survivors and for survivors to give voice to personal experiences with sexual assault.  Every year, including the first, a large number of sorority women have shared their stories from the microphone.  For the men in the community, TBTN was similarly an opportunity to support survivors, but it has also been a chance to witness and participate in a conversation that they are rarely so intimately included in.  Attending TBTN has allowed them to better grasp the magnitude of the prevalence and severity of sexual assault and how personal and important the issue is to their community.  In the second year of TBTN, two fraternity men also spoke as survivors. 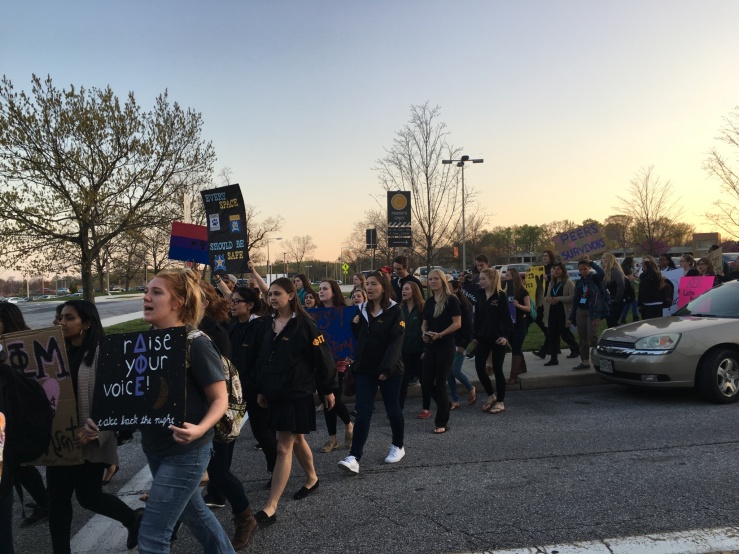 Fraternities and sororities are organizations based on the concept of brotherhood and sisterhood – relationships that go much further than just friendship.  I have seen the expression of relief and gratefulness when survivors step away from the mic and are embraced by their sisters or their brothers.  Our chapters participate in TBTN because sexual assault affects this campus and our community, and our members want to be part of ending sexual violence.  We attend TBTN because we want to actively change the reality of sexual assault and show that UMBC’s Fraternity & Sorority community is here to be an ally.

Every year we revisit the conversation about whether TBTN should be included in Greek Week, and if so, how to include it in a way that is respectful to the event.  While Greek Week is a chance to celebrate the community and is a fun and competitive experience, it is also a chance to celebrate what the UMBC Fraternity & Sorority Community is about beyond the fun – and that includes a deep commitment to supporting each other as family and a commitment to social justice that is both historical and ongoing.

Stay tuned for the next installment of what you need to know about TBTN 2017!