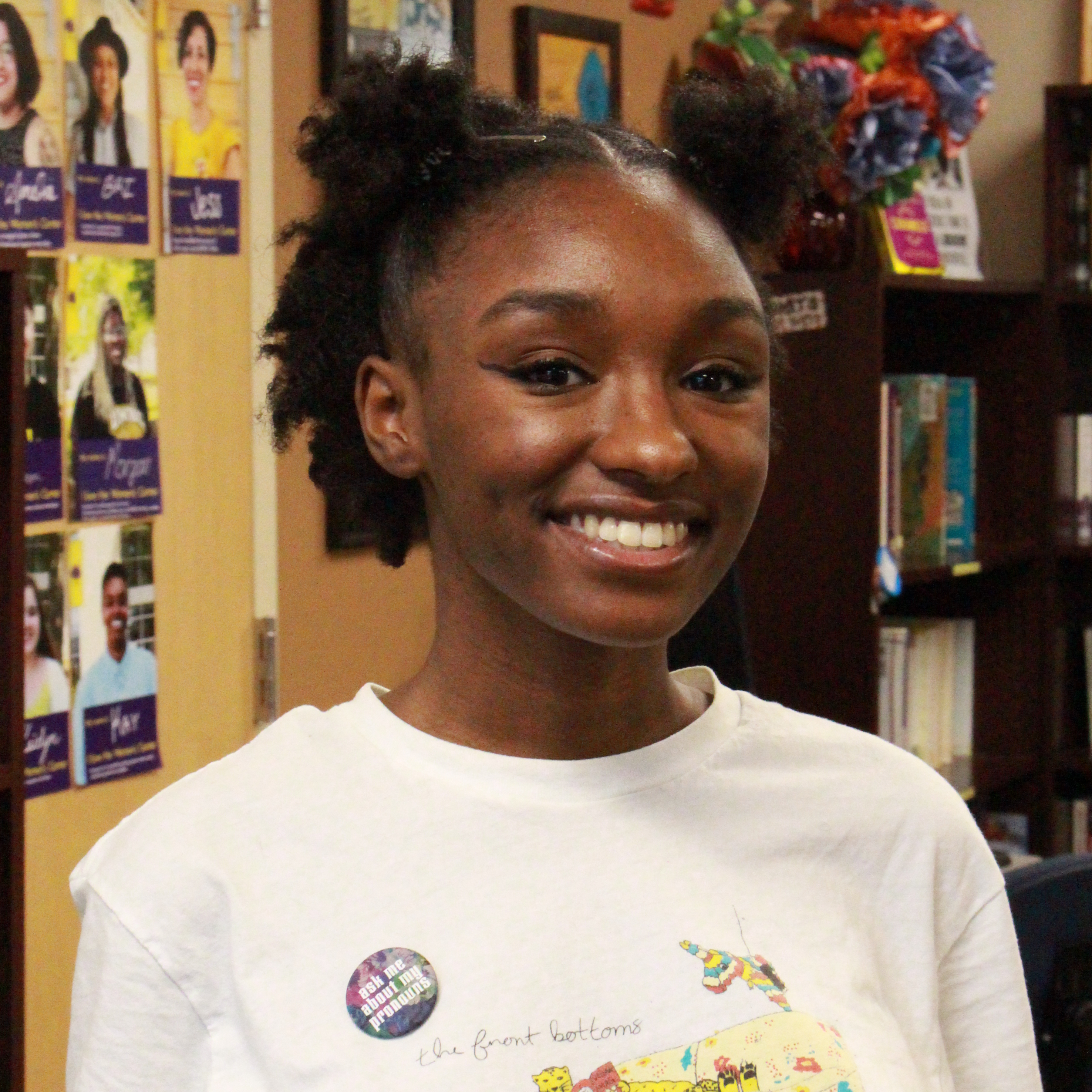 Nandi is a senior English major and student staff member.

Content Note: This post was written by a cishet woman after reading, thinking, and reading some more. I hope, more than anything, that it sparks a bigger conversation in the Women’s Center community.

There are references and comparisons to being institutionalized. I recognize the weight of this metaphor, and am using it to represent how this concept shows up in the world.

Sometimes you hear a word that you’ve never heard before and all these little pieces of your life click into place. Recently, I heard the word “heteropessimism” and experienced this type of enlightened curiosity. The source text is a feature essay in The New Inquiry written by Indiana Seresin, appropriately titled “On Heteropessimism”. Seresin provides specificity, details scenarios, and references LGBTQ+ literature to break down the culture she is naming. It is a broad, indefinite experience. The piece of it that I will focus on here is that heteropessimism is the repeated assertion that in an increasingly rainbow world, heterosexuality is an archaic prison, especially for hetero women.

Straight people are learning that the institution of our sexuality is restrictive, dangerous, and dishonest at every turn. The unbridled possessiveness, normalized shame, and the constant need to pull some virtue out of abject disrespect from a partner eats away at our concept of self until all that’s left is stereotype. Then what? Where are we supposed to go from there?

By Seresin’s estimation, and I think that many of us can cosign this, we are choosing to ironically bemoan the biological component of sexuality. We acknowledge the hurtful, socially constructed (by us) norms of straight society and then whine about them because it’s just so terrible to be born into this. Meanwhile, we completely erase the fact that LGBTQ+ people are born into the exact same world.

In complaining about these norms, we’ve been entrenching them deeper into our brains. You would think that we were born with social conditioning along with sexuality, but that’s not true at all. Removing heteronormativity from yourself and your areas of influence is a choice, and a choice that you have to make everyday.

Succumbing to heteropessimism is a numb refusal to even engage with that option.

I wanted to write about this because I read Seresin’s words and I took them to heart. In too many ways I’m the exact kind of woman she wrote about: performative, detached, and individualistic. Straight women can take a regular conversation and turn it into an Amy Schumer bit so quickly, and it’s always been so easy to go with the flow. In everyday conversation, the popularity of the heteropessimist attitude always overrides the real discomfort that it represents.

For example, the simple, honestly reductive phrase “nobody would choose to be attracted to men” has lulled me many times. I could say that I’ve worn it like a security blanket in a cold, mean patriarchal world. I reflect on times where I’ve had my crush talk over me, or when I’ve been someone else’s crush and he also talks over me and I feel comforted by the knowledge that I wouldn’t have chosen this. But when I step back and explore what I’m actually saying I recoil from it. As in, who cares what I would have chosen?

When I’m self-deprecating about this identity, my gay and trans friends laugh, I laugh, and it’s really a cute bit. I shouldn’t be committed to the bit, though. I should be committed to destroying the norm that would have my loved ones treated as if they are strange and unnatural, and have me violently objectified.

My heteropessimist disposition relies heavily on useless cishet guilt. These jokes take on an analogous function to white guilt, where the affective value of saying you hate your whiteness is supposed to cloak your responsibility in dismantling whiteness. This type of relationship to your normative identities stems from a really cheap analysis. Even worse, it’s annoying.

Experiencing guilt for perpetuating oppressive systems is a necessary step on the way to ally/accompliceship, but getting stuck in a heteropessimist mindset is a short road to nowhere.

Heterosexuality is not just a sexuality. It is a system, an industry, an institution; if you are like me, a straight woman who knows this, then that’s good.

If you acknowledge that marriage has been used as a coercive tool in the past, and around the world right now, then you help others learn their history.

If you critique the ways that capitalist propaganda keeps sneaking its way into your intimate relationships, then you give yourself and your partners a chance to clean house.

We are in a position to wield this knowledge against the power structures that devalue and dehumanize us at every turn. Cisheteronormativity doesn’t serve us, and it never has. Rather than working from a desperate, listless place we should be using our experiences and our voices as fuel for resistance. The way we live, date, and love is far from normal.

Considering that our current ideas about sexuality come directly from colonialism, one could say that they are some of the most ugly and abnormal parts of our society (and I would be that one). Our concept of straightness was forged by colonizers committing unspeakably violent acts in order to expunge hundreds of rich, vibrant cultures from the face of the Earth. It makes a lot more sense for so-called “normal” people to not want anything to do with that legacy.

When we acknowledge the behemoth all around us, and the pain that it causes us, we’ve only BEGUN to fight it. If we truly believe that anything would be better than straightness, then we have to change straightness into something else.

Imagine what the world looks like when heteronormativity isn’t denying everyone of their dignity, and then Shawshank your way towards it.